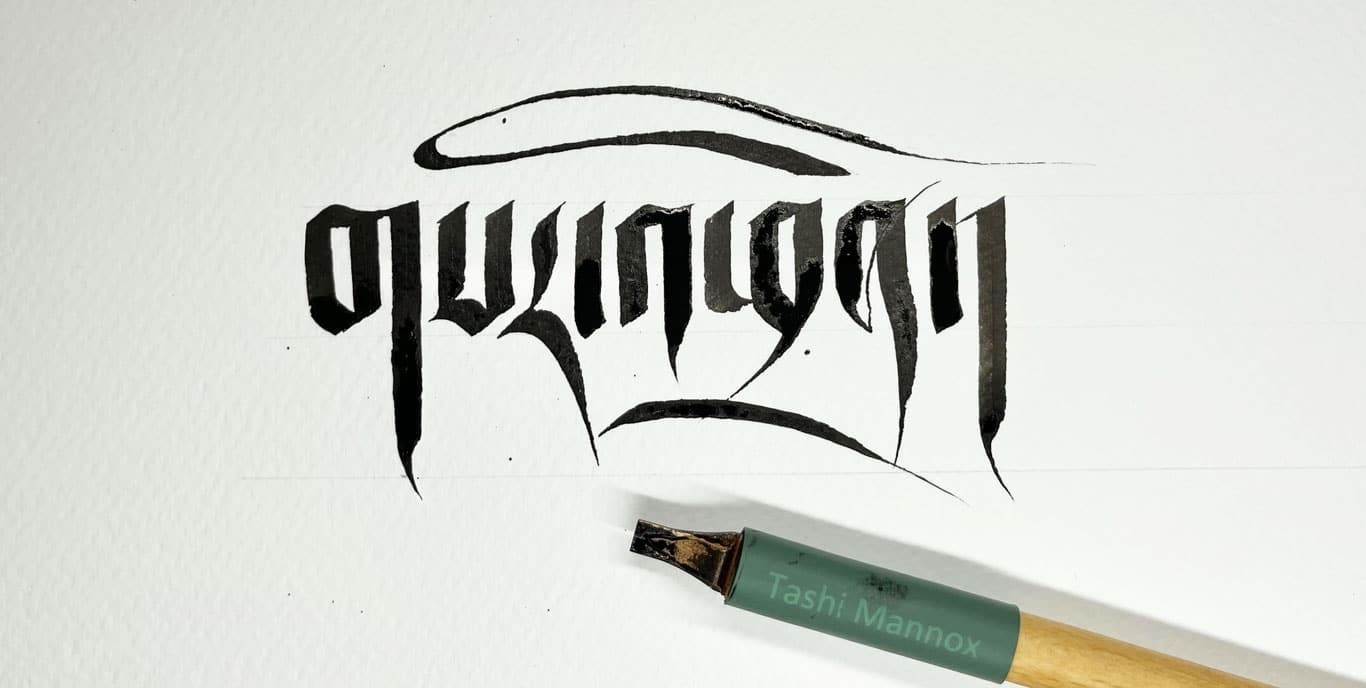 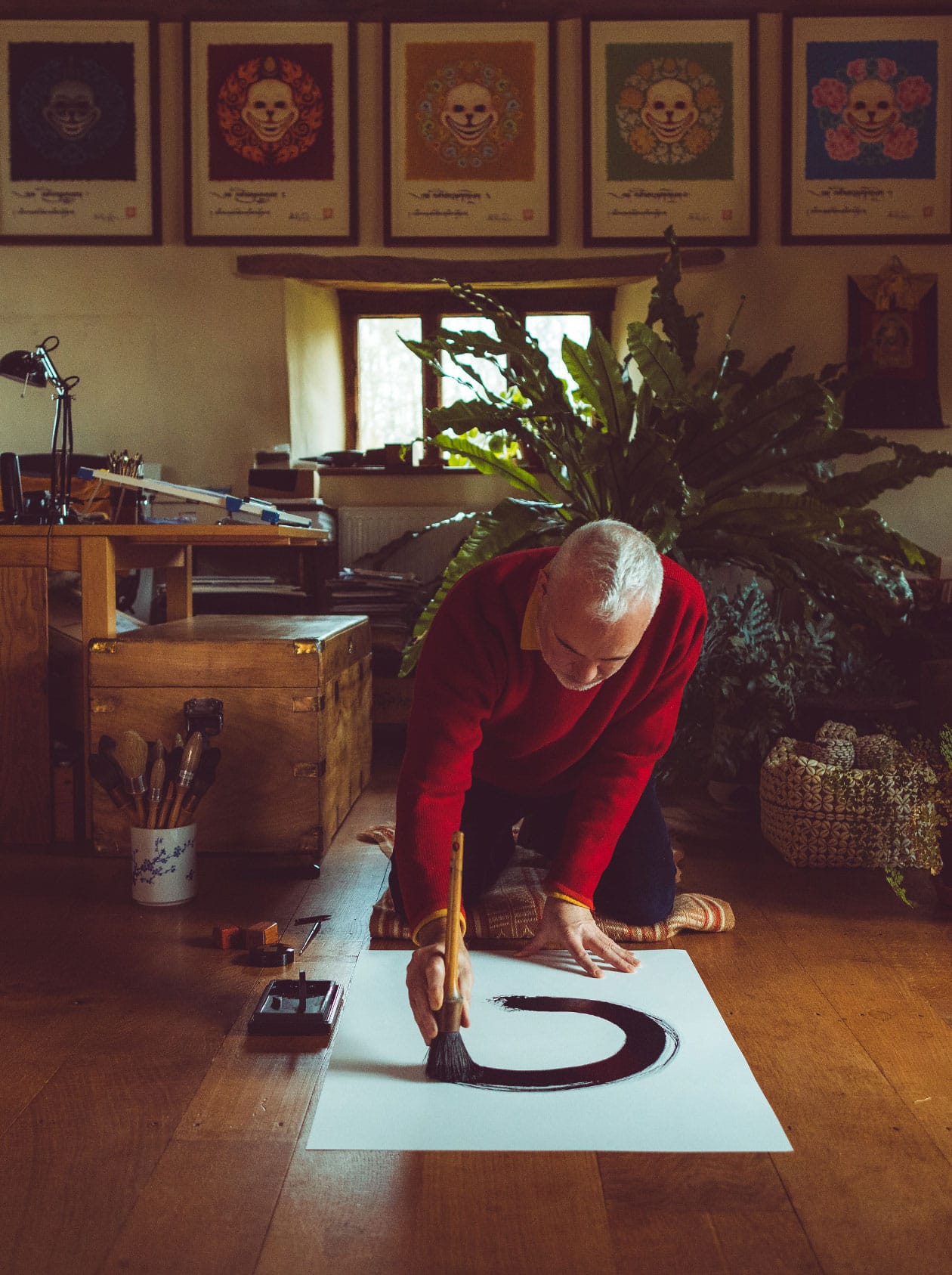 Although the concept of ensō originates from the Japanese Zen Buddhist tradition – as a Dharma artist, Tashi includes Shodo creation of ensō into his Tibetan Buddhist practice.
He considers the creation of an ensō to be less about the end result of creating an artwork, but more about the process itself.

As most his calligraphy, an ensō is created as a meditation exercise, which is called ‘meditation in action’.
Like daily meditation, one could also create an ensō as a daily practice. 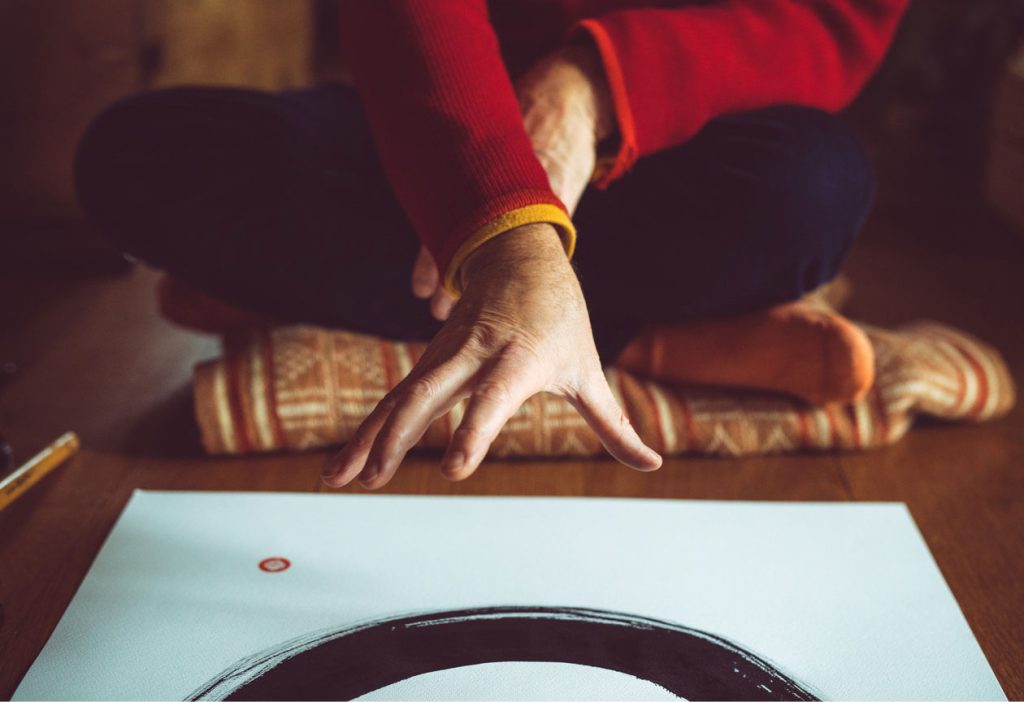 Outwardly – an ensō is in essence a pure and simple one stroke mark which illustrates nowness. Beheld as a beautiful of handsome creation, even if the circle is not perfect, the perfection is in the non-judgmental imperfection.

Inwardly – it is dealing with that naked state of mind with nowhere to hide, as once the brush strikes the paper there is no turning back, one is committed to follow through – fully exposed with the quality of ones mind evident within the circular made mark.

It is a recording of that moment in time it is created. As any distraction in the mind, hesitation, or trying too hard, is clearly seen in the quality of the ensō produced. 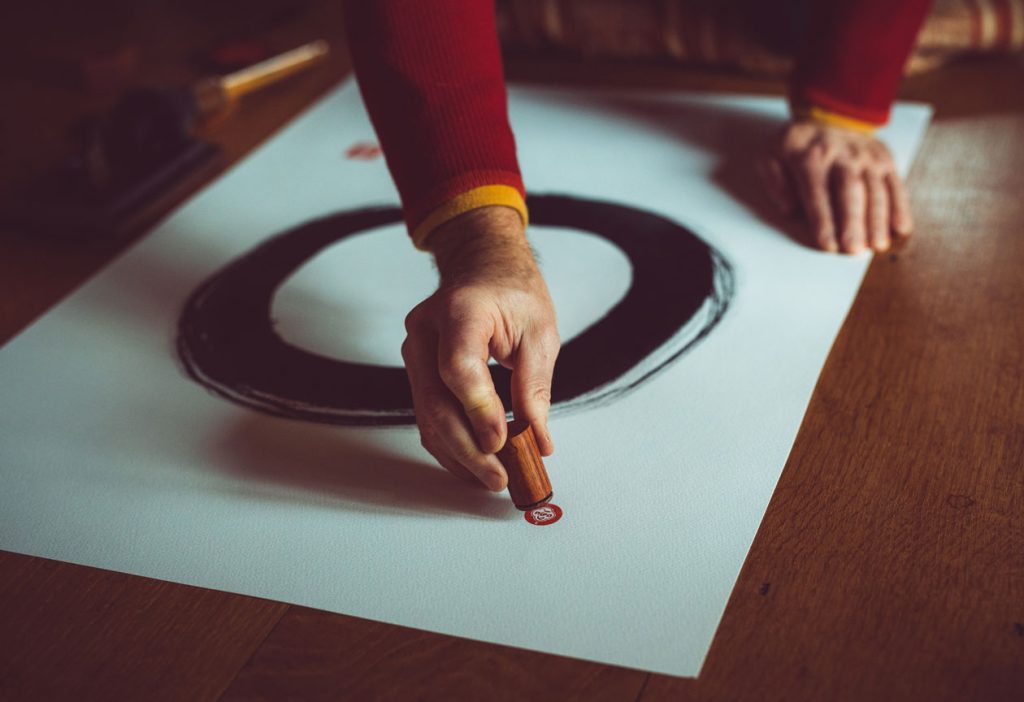 For the reasons above, the practice of an ensō can also be a wonderful learning tool. Recognising this, over a number of years Tashi has been developing and leading ensō workshops suited for anybody, chosen because of the ensō’s straightforward simplicity, beyond any need to learn the complexities of a foreign language such as Japanese or Tibetan.

It is a learning process of how to relax and let go of any expectations and fears of a unsatisfactory ensō rendition.

More on the ensō here. 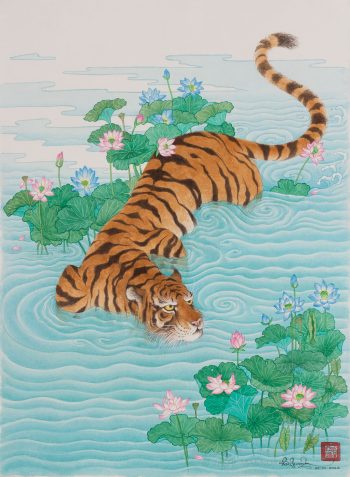 See more
After Chögyam Trungpa Rinpoche, you carry the banner of Tibetan calligraphy, for which I am always grateful, and I mention this almost everywhere. My respect and appreciation. Please continue to create magic
Tibetan Calligraphy Master Jamyang Dorjee Chakrishar