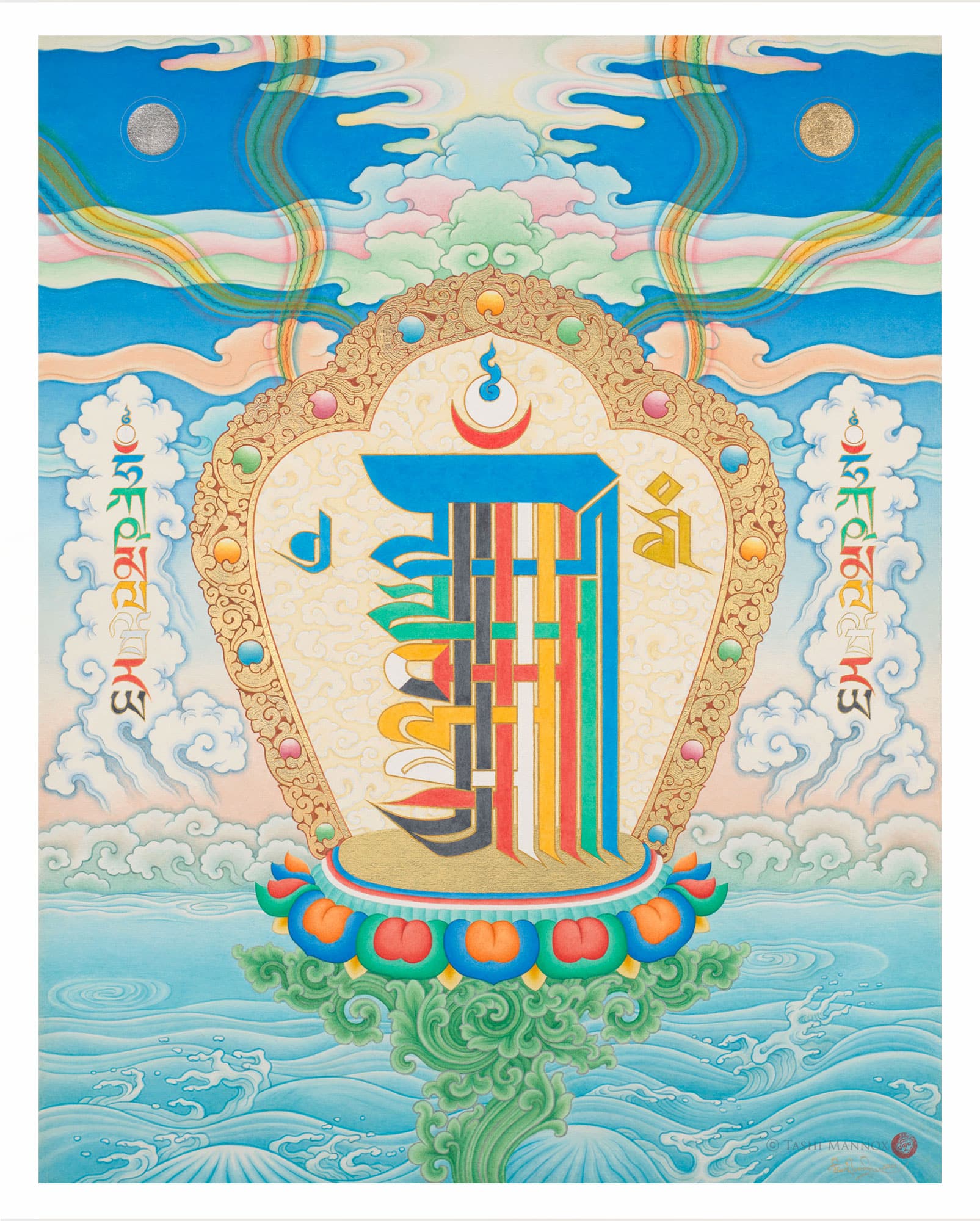 Buy the Original artwork of this Limited Edition Print

Buy the Original artwork of this Limited Edition Print

This thangka like application of the Kālacakra monogram is available as an excellent quality giclée art print, to a limited edition of just 40.

A composition of careful consideration, which includes miraculous dream-like elements, such as rainbows and rainbow clouds, the moon and the sun.

From the mists of an abundant lake endowed with eight special qualities of pure water, rise as clouds, which like a mirage – spell out Tibetan Uchen letters ha cha ma la wa ra ya in their corresponding colours, which flank either side the main Lantsa Sanskrit Kālacakra monogram of the same interlocking syllables – emblazoned on a multicoloured lotus flower.

Accompanied on both sides are the Lantsa syllables eh ཨེ་ and vam ཝཾ་ representing the indivisible union of skilful-means and wisdom.

The complexity of Kālacakra is know as the highest of all the tantras, where there are some differences between the various Tibetan lineages.

The textual resources for this rendition, forms the basic description and symbolism of the monogram given from the Vimalaprabhā, as commentary to the fifth verse of the first chapter of the Kālacakra Tantra.

Each special limited edition of 40 is hand signed, edition numbered and stamped with the artist red seal.