Laughing in the Face of Death – series

Buy a Limited Edition Print of this Original Artwork

Laughing in the Face of Death – print set

Laughing in the Face of Death – series

This is the first time the original artworks of this iconic ‘Laughing in the Face of Death’ series have been made publicly available.

‘Laughing in the Face of Death’ is a collection of five masterpieces which Tashi has illuminated; drawn from his training in Tibetan Buddhist philosophy and iconography.

Impermanence is a fundamental truth. In the face this truth; Tibetan Buddhists generally have a more accepting and positive attitude toward the inevitability of death. The skull in Tibetan iconography represents impermanence and often depicted laughing.

The Tibetan laughing skull was Tashi’s initial inspiration for the five skull series, which show happy, almost manic grinning skulls. Each of these emanating a different emotion, from a wrathful through to a more peaceful expression. 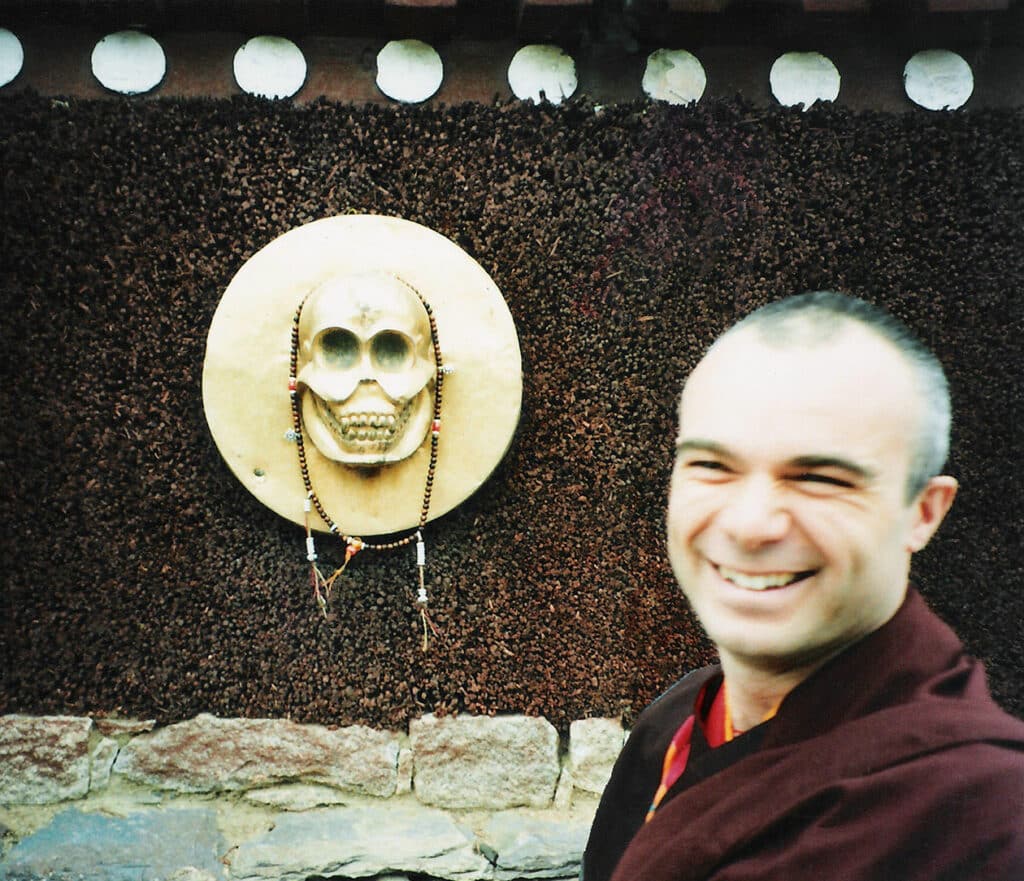 This set of paintings migrate in an ordered succession, from the black skull of death through to re-birth symbolised by the blossoming blue skull. This ‘between stage’ is known as the bardo in Tibetan.

Each of these different negative emotions can also be explained as transformative opportunities, from these five ‘mind poisons’ into ‘five wisdoms’, which each are affiliated with the Five ‘Buddha families’.

A Buddhist practitioner, a Yogi or Yogini, strives to live without harming others and themselves. Knowing this, having led a full and meaningful life. At their poignant time of passing, they are thus able to look into the face of death confidently, without any regrets, laughing fearlessly.

For such a practitioner the time of death is the greatest opportunity.

However, as a non-practitioner, we may not know ourselves so well, we are ignorant, and fear death, as the ultimate unknown.

‘Laughing in the Face of Death’ series in animation. 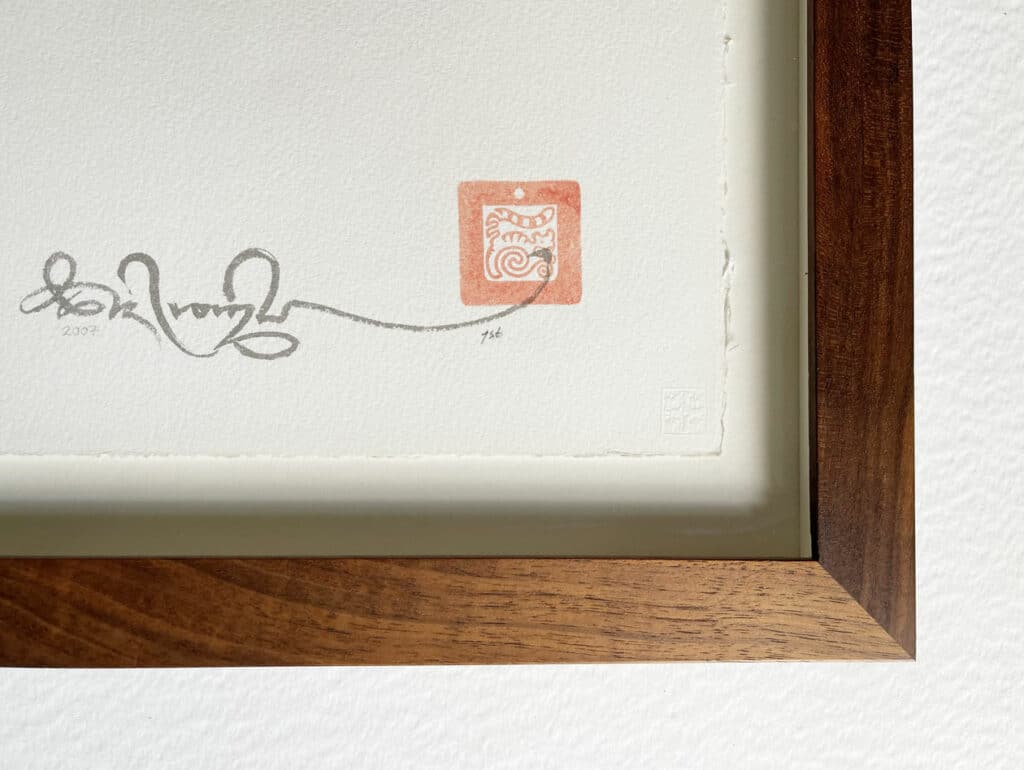 These five American Walnut framed original artworks are sold as the set only.